Born in Staffordshire, England. Lara Jade first picked up a camera at the early age of fourteen - influenced by self-portraiture and conceptual photography.

Growing up with the rise of social media and digital techniques enabled Lara to see the bigger picture of an international industry. After graduating college she made the move to London, where she naturally felt the transition to fashion photography. A couple of years later - she embarked on her first trip to New York and never looked back.

Lara currently resides in Brooklyn, New York with her husband James. She regularly travels for assignments, working between NY, LA and London.

Being equally comfortable in front of the lens has led to several TV and digital appearances – clients include Barney’s x Bvlgari, Emporio Armani, Longchamp, Town & Country and Verizon. Features also include guest photographer on Poland’s Next Top Model and DigitalRev. 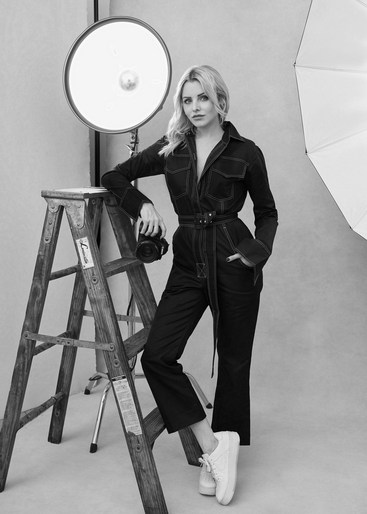