With each photograph, Dean continues to feel the sensation of when he held his first camera and snapped that first photo – a Polaroid of his mother lying out in the California sun. While equipment has evolved, the somewhat forgotten demands of traditional film tremendously influenced Dean’s work and still challenge him to make every shot resonate and thrill. Asked about some of his most memorable shoots, he laughs citing how organically the assignments unfold – it’s traveling to the remote locations that always invite the unexpected. When away from his camera, Dean can be found at the beach with his trusted dog Nuka or deftly managing his simmering pots of newly discovered high-brow French recipe. 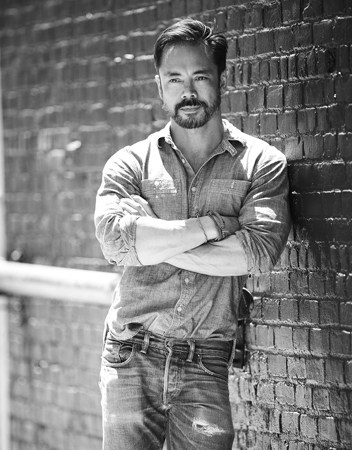