As a hairstylist who always approaches her work with an eye towards innovation, Jeanie Syfu continues to capture the imagination with every look. Possessing a highly refined and dynamic sensibility, Jeanie is sought after for styling that seamlessly translates from the runway to editorial and commercial.

Beginning her career over 20 years ago in Washington DC, Jeanie spent time mastering all facets of the industry including cutting and coloring but soon realized that her heart was in styling. She moved on to receive advanced training from Toni&Guy where she worked as a stylist for three years, after which she decided to spend more time on shoots and editorial work.

Jeanie quickly made her mark in the editorial and styling worlds, working on leading publications such as Cosmopolitan, Elle, Glamour, Marie Claire and Rolling Stone, in addition to celebrities such as Amy Sedaris and Padma Lakshmi. She continues to develop strong relationships with editors who regularly tap her to share expert styling tips. In 2014, Cosmopolitan magazine named Jeanie as the Fun Fearless Stylist of the Year.

Recognized for her ability to master texture and structure, Jeanie was recruited to work on the fashion teams of hair icons Eugene Souleiman and Garren, styling high-profile runway shows such as Anna Sui and Narciso Rodriguez. Jeanie also has worked as a lead stylist for the Tresemme professional styling team for the past 10 seasons where she has successfully led runway shows for celebrated designers such as Jenny Packham, Rebecca Minkoff, Vivienne Tam, Banana Republic, Charlotte Ronson and Marissa Webb. Jeanie has also worked as the lead TRESemme stylist for Bravo's Project Runway and The Fashion Show and more recently Style Setters, a web series that takes you behind the scenes at Mercedes-Benz Fashion Week alongside Louise Roe.

Jeanie Syfu is currently based in New York City. 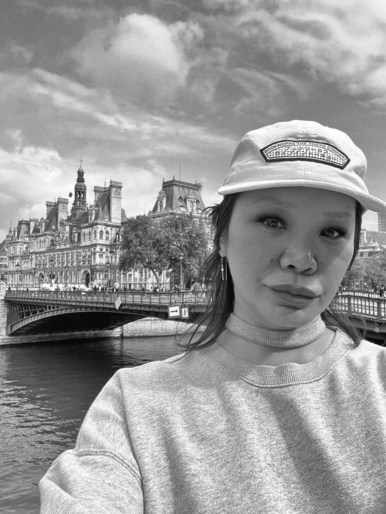